Why is Palm oil so bad? 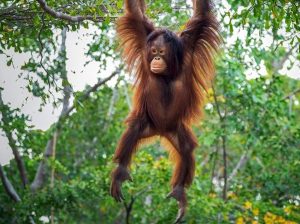 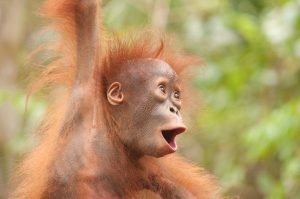 It’s not new news that our Rainforests are being destroyed because of the human need & consumption of Palm Oil. Everyone has seen the scene in Wolf of Wallstreet, right? It’s called supply & demand! We need to tackle both.

Why? Well, because amongst lots of things, the last wild orangutans & great apes & many more natural species are being pushed to the brink of extinction.
The problem is, that palm oil is found in roughly half the products sold in all grocery stores and is a major cause of rainforest destruction and human rights abuses.

Palm oil is an edible vegetable oil derived from the mesocarp of the fruit of the oil palms, primarily the African oil palm Elaeis guineensis.
It is a basic source of income for many farmers (in South East Asia, Central and West Africa, and Central America) and is locally used as cooking oil. It is also widely used & exported for use in much commercial food and personal care products and is even converted into biofuel in most grocery products across the western world.
The reason it is so lucrative, it that it produces up to 10 times more oil per unit area than alternatives such as soybeans. Rapeseed or sunflowers, but all have a lesser impact on the environment and can be used to replace palm oil

The affects are so dramatic that they have resulted already in the loss of carbon-sequestering, biodiverse forest land and we have even caused the disruption of indigenous colonies and animal populations due to palm oil cultivation.

According to a 2007 report published by UNEP, at the rate of deforestation at that time, an estimated 98 percent of Indonesian forest would be destroyed by 2022 due to legal and illegal logging, forest fires and the development of palm oil plantations (Source: Wikipedia)
This is one example, and we’re currently in 2020!

Change has started, but it isn’t quick enough. In 2004, the Roundtable on Sustainable Palm Oil (RSPO) was founded. It works to promote the production of sustainably sourced palm oil through involvement with growers, processors, food companies, investors and NGOs. Any palm oil that meets RSPO introduced standards has since been designated “certified sustainable palm oil” (CSPO)

This means that sustainable palm oil uses less chemicals and treats all its waste waters before being released back into our rivers and oceans, as agrochemicals and the waste waters from palm oil refineries are one major cause of water pollution, but it still is released back into the water & it still is harmful to the environment in addition to the felling of the trees.

Certified members of RSPO also have to register their physical sales and processing activities of palm oil or its derivatives but this sadly doesn’t stop all companies breaching this, as you may have seen in the press.

This also doesn’t mean that even if they replant trees, that we will be better off

Trees (and rainforests in particular) are specifically different to one another. All unique by country, environment, humidity & weather patterns

They are the lungs of our world, and homes to our global wildlife. You don’t have to be a fan of Sir David Attenborough to not have seen news on the devastation.

For example, it is believed that the Amazon rainforest is about 55 million years old !
Planting saplings, will not replace huge forests, biodiversity’s or living beings overnight. This all contributes to reasons, why we need to be aware of what we’re buying, consuming & by how much

At Appletree and Avalon we’re proud to actively reject products that contain palm oil or it’s derivatives to help tackle this issue but we, like others are still working to find replacements for a small selection of our range (some cleaning products). Unlike most, we can however guarantee that the diligence has been done to ensure that any of our product ranges that still include palm oil will have traceability & will use only certified sustainable palm oil (CSPO). We will only accept products like this in to our range if we haven’t to date found a replacement manufactured in the UK & we are working tirelessly to do so
We can say with confidence that the majority of our ranges are however, palm oil free which can be seen by filtering on our value stamps. We also do not accept Rapeseed oil as a replacement unless we feel absolutely comfortable that the brand or partner we are working with can prove that harmful chemicals are not used, as this is a major issue for bees. This is why you will find coconut oil or soya in a lot of our products ingredients.
To help you in the future, these are some of the most common names for palm oil or itsderivatives that you should look out for:

1. Palm oil
2. Palm fruit oil
3. Palm kernel
4. Palm kernel oil
5. Palmate
6. Palmitate
7. Palmolein/ Palm olein oil
8. Vegetable oil
9. Vegetable fat
10. Palmfonate
11. Palmosalt
12. Synthetic Beeswax (Make sure that you know where the beeswax has come from – it should be local & traceable like we state in all of our product descriptions)

Animals are innocent. Animals have been known to help us, so shouldn’t we all be looking to help them?

What do you think? 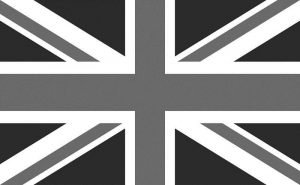 Made in the UK

As the appetite to shop locally & support local businesses grows, we took part in the first-ever Made in UK Day on Tuesday 9 March 2021. This was something we felt was important & dear to our hearts as I had set the business up before Brexit, before Covid & before the small business movement concentrating on British manufacture as important integral part to this business & the thinking behind its sustainable ethos 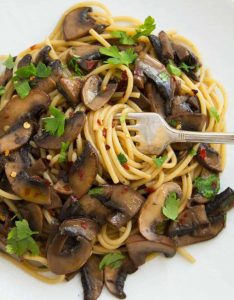 Veganuary is a UK nonprofit organisation that promotes and educates about veganism by encouraging people to follow a vegan lifestyle for the month of January.

Want a tasty meal to get you started? Something that won’t cost the earth, financially or literally! 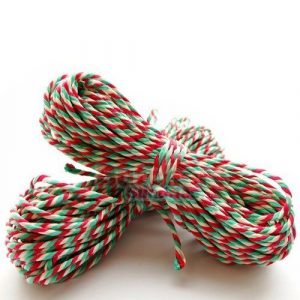 How to have a sustainable Christmas

Each Christmas, the UK generates the equivalent weight of 3.3million emperor penguins in plastic waste!

1 billion cards will end up in the bin/trash….

27,000 miles of wrapping paper is used every year in the U.K, most of which can’t be recycled due to glitter or metallic finishes….

AND 250,000 tonnes of food waste is generated every Christmas in the U.K alone! (Equivalent to 2 million turkeys)

On top of that, 81 million unwanted Christmas presents are given each year… with 10% of these ending up in landfill!

With these staggering figures,  it’s easy to find alternatives to our current habits. Particularly with this year being so difficult to get out & about to see anyone. If you are buying this year, #buybetterfortheplanet.